A fascinating history that can be celebrated today…

The signet ring or the seal has a fascinating history and can be traced back to 3200BC. John W. Thompson and Son in Sydney are intrigued by the history of the seal and the use of it in families today. We believe that there is no tighter bond than that between your family and with our seal engravings we can help your family celebrate that bond forever.

Where did the concept of the seal originate?

The history of the seal can be found throughout history in many cultures, however it is thought that seal engraving originated in Ancient China and Eastern Asia. It is thought that it was then introduced to the Western world in around the twelfth century.

What are seals used for?

Interestingly, a seal is always engraved in reverse and is much deeper than traditional two dimensional hand engravings with a third or fourth dimension added to make the seal deeper and finer. This takes the Master Engraver much more time to achieve and is normally engraved by more mature hand engravers. John W. Thompson has been engraving for more than 50 years and has the skills and techniques to execute seal engraves with the highest quality.

Historically it was all about sharing your family crest…

During the 15th century A.D., engraving became increasingly popular, with the prevalence of Heraldic emblems, nobility and their family crests engraved on many items, the seal became an important part of every family. During this time the idea of signet seal engraved ring hit its prime, with families using the seal for multiple purposes. These rings were pressed into hot wax to seal letters or stamp documents so the receiver could be assured of authenticity.

Seals were also used as an alternative to a signature; evidently, seals were personal imprints, acting as markings of authenticity and bounding agreements and edicts.

How we use the past to influence the future…

In the past seals were hand engraved in much the same way as they are today. During the reign of King Edward III, figures of every kind (architectural, heraldic and many others) began to appear in seals. We believe that no other form of jewellery has played such an important role throughout history; been involved in ancient customs or superstitions like the seal engraved signet ring. Today the seal engraved signet ring is still an iconic piece of jewellery, bestowing the modern day owner with a sense of pride and distinction.

Modern signet rings are often engraved with particular dates or milestones, however the seal is still used to represent family history. Increasingly families are looking to the past to celebrate their ancestry. It’s never too late to start a new family heirloom that can be passed down from generation to generation in celebration of your family name or crest.

For more information about the services of John W. Thompson & Son, contact us today. 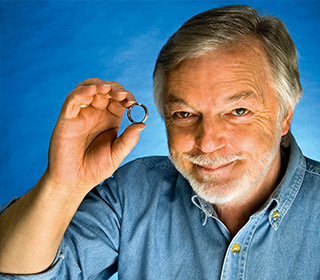 Choosing to propose to your loved one can…

The forever treasured engagement ring has been spotted…

Family is an important part of many of…

Are you ready for Christmas this year? Give…